Netflix PUNISHER made it known at the end of last week that one of Season 2’s major villains — besides Billy “Don’t Call Me Jigsaw Yet” Russo presumably — would be a Christian member of the alt-right. Predictably, this upset many of the murderous vigilante’s more right-leaning fans.

In the past, I have written about my own issues with the character of the Punisher and the show itself. However, I cannot get onboard with this bit of outrage. Nor do I think right wingers should let it bend them out of shape either. 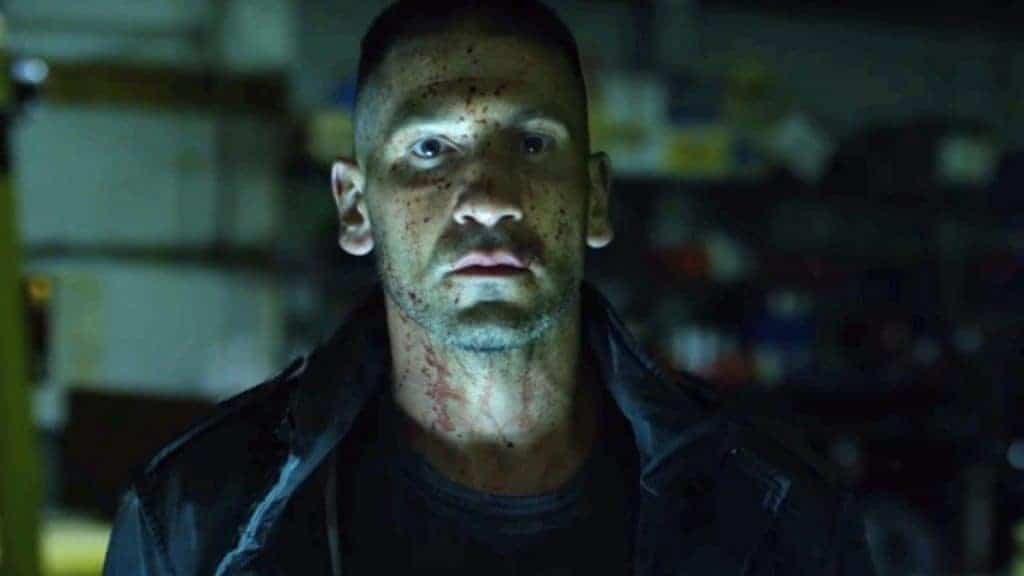 One of the most common protests of this choice of antagonist follows the kind of, “I guess Marvel, Netflix, and/or Netflix PUNISHER hates its fans,” template. To generalize it reads, “While I am not an alt-righter, I am a [Christian, Conservative, small c conservative, religious, Evangelical, a Trump supporter, etc].”

Which, is fine. But as said in that very objection the term “Christian alt-right” does not describe the fan themselves. So, they may have a trait in common with him but he is not them. There is no need to defend him or take offense because the adjectives describing him don’t fully apply to those specific fans.

It would be like me protesting a Socialist Christian villain or a liberal atheist in the next season of Netflix PUNISHER. I consider myself liberal, possibly leftist, but while I support some level of socialism in government — say Universal Health Care — I do not identify as a Socialist. Similarly, while I consider myself a humanist first and foremost, I also believe in God. Therefore, while that villain and I may share some things in common, he would definitively not be me. There would be no need to feel personally attacked because, well, there would be no personal attack. Same goes for the conservative but not alt-right Christian or an alt-righter who is not particularly religious. Don’t take personal that which does not personally apply.

It is still probably not.

Think of it this way. One may define themself as alt-right and be a white man. They may be for Wall and of the opinion that minorities have somehow stopped America from being great. Perhaps they are a very active member of a megachurch. Yet, they still are not the villain of the second season of Netflix PUNISHER.

Because, presumably, hopefully, they are not doing the one thing I guarantee the villain will do. They are not committing violent crimes including assault, murder, attempted murder, or any other similar possibilities. Even if in almost every other way they resemble this villain, they are not him.

These types of fans and I may not get along very well. They may find themselves on the receiving end of a lot of harsh words from more left-leaning folk. Even if Frank Castle were real, he would not be knocking on their doors looking to fill them with so many holes they resemble a colander more than a person. Because even if plenty of people disagree with these fans’ opinions, it is not the same as being a violent criminal.

But If Netflix’s PUNISHER Season 2 Targeted A…

This is an often implied if not outright stated issue. Boiled down to its essence it goes, “If people get mad about PEPPERMINT’s villains being nearly all Latinx, how come it is ok for Netflix PUNISHER to make an alt-right individual a villain?”

There are a few different answers here. The first is power. The fact is that the average Latinx in America has less power than the average white alt-righter. Part of this is demographic, alt-righters, tend to be overwhelmingly white and overwhelmingly male, the two classes of citizens in the United States who tend to wield the most power.

Part of this is also political. For the next few days, the GOP controls both parts of the Federal bicameral legislation. Moreover, the Supreme Court now features more explicitly conservative Justices than liberal ones. While the GOP and the alt-right might not 100% match-up on all issues, certainly the Republican Party is far more likely to be sympathetic to and promote the ideals of the alt-right. Same with conservatives. Therefore, making an alt-right individual a villain is casting the powerful as villainous which is always very different than placing the weak in that role.

Additionally, there is the fact that this antagonist is being identified by his ideas, not his racial or ethnic makeup. When movies cast minorities in the roles of antagonists, those movies tend to treat them as a.) monolithic and b.) without particular viewpoint or philosophy. You may still object to an alt-right man being singled out as a villain but it is a.) just one man and b.) being highlighted for choices he makes and espouses, not things he was born with that he had no control over.

All Villains Are Something

At the end of the day, villains are, typically, people. Therefore, they typically have certain traits, motivations, beliefs, genders, and so on. It is unavoidable. Unless entertainment makes every one of their villains to be an uninteresting blank slate, they need to have something to them. And if one goes the blank slate route, well, one may run into the above noted problem of an antagonist being an antagonist just because of their race, ethnicity, gender, sexual orientation, etc.

Sometimes, what they have to them is bound to touch upon something that is part of the views too. Take me for instance. I’m a therapist. Pop culture is riddled with bad if not outright villainous therapists. I can name way more antagonists who are therapists than heroes, for sure, and the numbers get worse if I include the incompetent, silly, unethical, or, for some reason, alcoholic. I don’t love it and wish the ratio was better. However, I also recognize that this isn’t about me. I’ll still raise the flag to say, “hey, this is a trope now, and a bad one,” but I know it is not personal.

Sometimes our entertainment does not do what we want it to. It rarely means that it actually hates us. 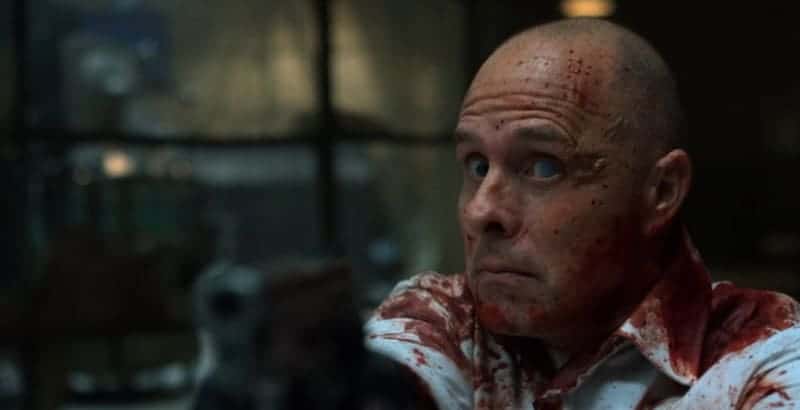 Rawlins might not be an alt-righter these days but when Netflix PUNISHER Season 1 was being filmed, the CIA was a-ok. (Courtesy of Netflix)

Did They Miss Season 1 of Netflix PUNISHER?

The other issue here is that, presumably, the people complaining about being betrayed by Netflix PUNISHER happened to be fans of Season 1 of the show. If they were, they would have encountered three villains. These villains would have, traditionally, been right-leaning for sure. Moreover, the system of beliefs associated with the alt-right of that moment would have considered them welcome as members of the movement.

First, we had Billy Russo, a former soldier turned CEO of a private military company. Russo believed in a strong military and the privatization of it. Those are staples of alt-right philosophy. Additionally, Russo believed in the use of his group of mercenaries without significant government oversight and in a way that maximized his profits. Again, alt-right staples.

The second, Rawlins, a CIA man, is an admittedly more complex. Since taking office, President Trump has certainly altered the relationship between conservatives, including the alt-right, and the CIA. However, prior to 2016, those on the right tended to be very pro-CIA. Recall, if you will, the right’s reaction to the use of torture by military and CIA officials during the so-called War on Terror. Yes, the alt-right has evolved from this perspective since but at the show’s inception, CIA support was in vogue.

Ignoring the violence for the moment, the rhetoric and beliefs that motivated bomber Lewis Walcott are pillars of the alt-right platform. The show never called him alt-right, but they certainly designated him as such every other way.

So, if those three villains made fans of viewers, another villain with alt-right positions should hardly gall. 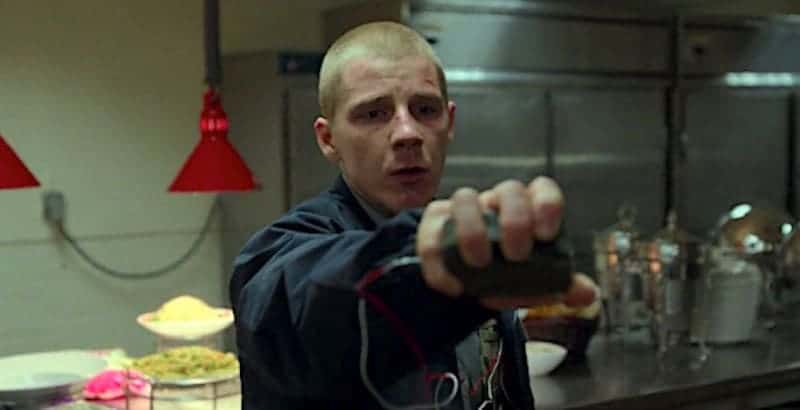 Lewis Wolcott spoke in alt-right slogans long before he started to blow stuff up in Netflix Punisher Season 1. (Courtesy of Netflix)

If someone truly and honestly feels upset about Netflix PUNISHER choosing an alt-righter as its Season 2 villain, do me a favor and do these couple things.

Once there is a list, compare the two. Which outnumbers which.

Also, consider the villains. Did they have a viewpoint. Minority villain with a viewpoint? Killmonger. Minorities villains without viewpoints? All the Latinx Jennifer Garner mowed down in PEPPERMINT, all the African Americans Bruce Willis shot in DEATH WISH.

Again, take a look at those results. How do they stack up to one another? Is the alt-right really being target as mindless hordes of villainy a disproportionate amount of time?