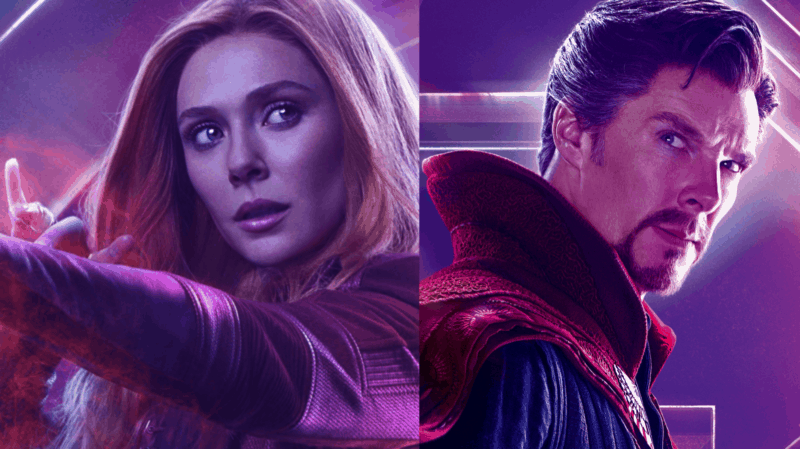 Marvel’s SDCC Panel gave us so many things to look forward to, and a lot of cool reveals. For magic fans, chief amongst these were the one-two punch of the upcoming Disney+ series WANDAVISION and DOCTOR STRANGE IN THE MULTIVERSE OF MADNESS. Even more exciting was the news that WANDAVISION would be a place setter for the STRANGE sequel, leading to Wanda Maximoff herself teaming up with the Sorcerer Supreme in MULTIVERSE OF MADNESS.

We could not keep our minds from whirring. What could it all look like? So we sat right down and got to speculating. Take the journey with us, won’t you? 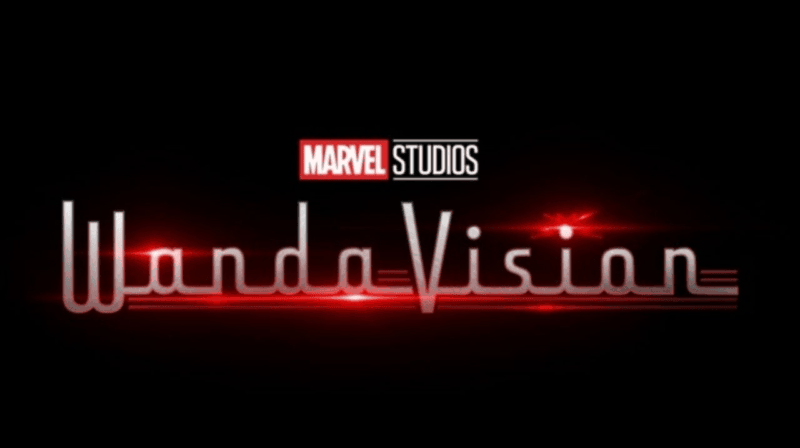 WANDAVISION: What We Know

Let’s begin with the information we already have.

Though the why of it remains unrevealed, we do know that the series will unfold during the 50’s and 60’s. Equally confirmed with the reasons left cloudy is the return of Paul Bettany’s Vision. Fans of the MCU witnessed the synthezoid die in INFINITY WAR. In fact, he did it twice, really, first in sacrifice facilitated by his love Wanda and then violently at the hands of Thanos. will be present, even though the character was killed by Thanos in INFINITY WAR. Even Bettany himself has confirmed that while he knows he is back, he has no idea the how of it.

Lastly, we know that WANDAVISION will reveal to us how Wanda herself gets the Scarlet Witch title. While comic book fans have long known Wanda’s codename and it is often used colloquially when discussing her, it has never actually been spoken in the MCU. Given the connotations of the word “Witch,” especially when one considers that WANDAVISION will be unfolding against the backdrop of 50s/60s America, it seems a provocative choice. Is it possible Wanda could be coming up against some fear and prejudice? It’s certainly possible. Much of Wanda’s character development, especially in CIVIL WAR, is about her trying to control and fight people’s fears, including her own, towards her powers.

It may also mark an aspect of Wanda’s personal evolution. Given how powerful she has become in the MCU and how she harnessed her rage in battle against Thanos, she may be selecting Witch as a sort of owning of the term. She is done hiding or playing nice. She is calling herself Witch so they never get the chance. 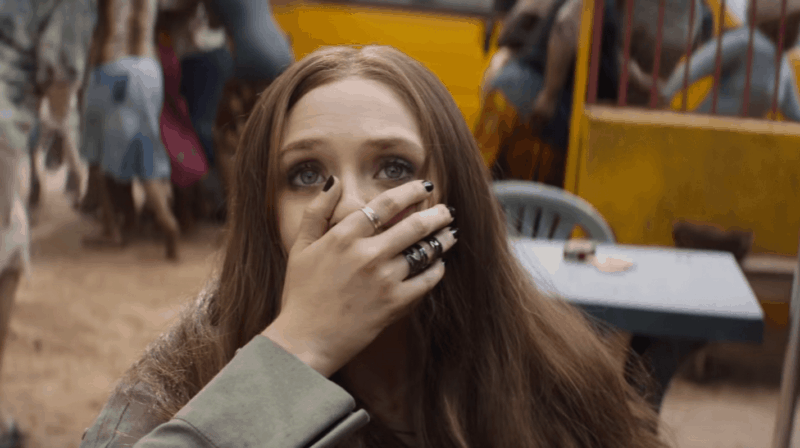 DOCTOR STRANGE IN THE MULTIVERSE OF MADNESS

Now, let’s look at what we know about DOCTOR STRANGE IN THE MULTIVERSE OF MADNESS.

Firstly, we know it has an awesome title. Clearly. 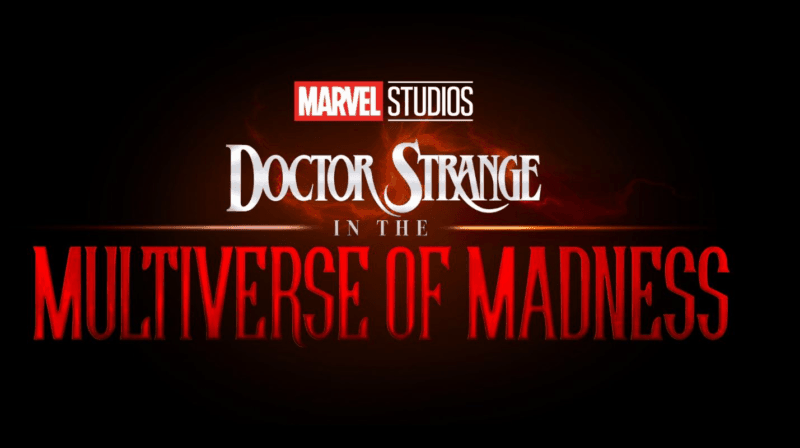 Next, director Scott Derrickson revealed that he and Marvel Studios are going to try and make the first official dive into the scary/horror genre. While there are plenty of suspenseful and sometimes mildly frightening moments throughout the MCU, none of the films thus far are able to truly carry horror elements in their descriptions. Given Derrickson’s previous filmography and his own stated desire prior to the release of DOCTOR STRANGE that that film have elements of horror, the director seems very serious about making this a reality.

Finally, there’s that world “multiverse” just hanging out there in the title. Kevin Feige said that even though Mysterio’s multiverse claims were proven false in FAR FROM HOME, he stumbled into a truth. The MCU multiverse exists and remains very real. There’s no better hero to explore it than the Sorcerer Supreme himself.

For instance, can you imagine Strange visiting a Marvel Zombie dimension at some point during the film? The visuals? The horror potential? Is that too much to ask? (…Probably). 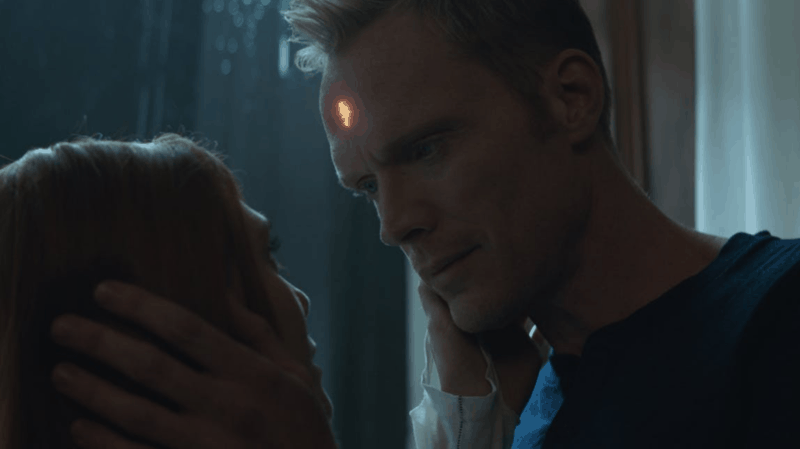 WANDAVISION Could Bend, Then Break, Reality

Now that we have the building blocks of knowledge for both of these projects, let’s build a theory.

WANDAVISION’s setting could be in the 1950’s because Wanda wants it to be that way. Where better to run than five decades before you ever lived?

And why run? Well, perhaps because you willed the love of your life back into existence? Again, much like the setting, perhaps Vision lives once more because Wanda wants it like that.

How is this possible? As previously noted, Wanda’s power, her control of it, and her willingness to use it have all obviously increased from her AGE OF ULTRON roots. She may not be able to rewrite reality as she desires. It’s an ability she has in the comics, so there is a precedent.

Moreover, it creates a complexity behind the title. Yes, the show’s name literally features the two leads names pushed together. However, it is also speaks to who’s in charge. The show is literally Wanda’s vision of reality. It is a tale of Wanda and Vision unfolding in a world of Wanda’s vision of perfection.

Let’s imagine that Wanda has Viz back living a perfect 1950’s American Dream. Maybe they even have kids? In the comics, the couple have been parents, often with universe shaking results. At one time, the children were revealed as actually constructs foisted upon Vision and the Scarlet Watch by Master Pandemonium. That revelation led to years of Wanda periodic portrayal as mentally unhealthy, the most prominent incident in recent memory leading to the “Avengers Disassembled” storyline. Later, the children, now teens, were discovered alive, reconfiguring that tragedy. Raised by other people, the twins became Speed and Wiccan, two early members of the Young Avengers.

Something could throw a wrench into Wanda’s manufactured reality. The children are an obvious possibility, but not the only one. Perhaps Vision somehow begins to see through what Wanda’s done and feeling it is wrong, resists or attempts to persuade her to abandon it. This, or something like it, could cause Wanda’s control of reality to falter, breaking the very fabric of reality and disrupting the multiverse. Enter Dr. Strange. 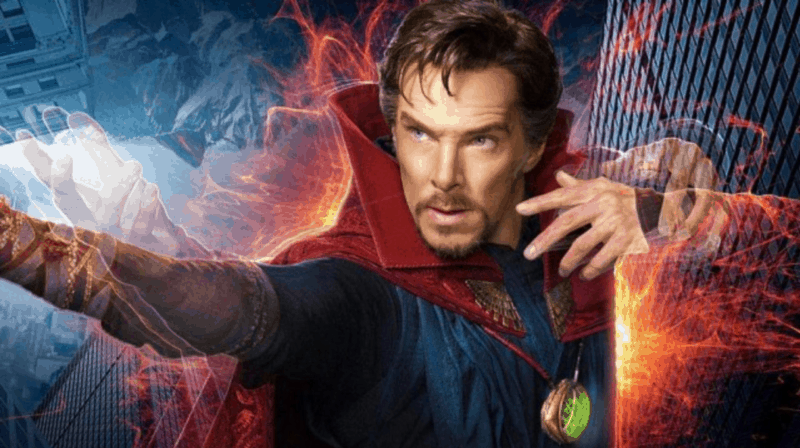 If WANDAVISION goes in this direction Wanda’s actions would definitely grab the attention of Dr. Strange. She’s the cause of the madness or at least the first to make the increased accessibilty of the multiverse evident. Dr. Strange’s magic comes from tapping into power from other dimensions, so he would be uniquely aware of such changes. Moreover, he would likely be one of the few, if not the only, living person with any chance to go about setting things right.

Strange could act as a sort of Obi-Wan mentor of sorts to Wanda, helping her manage and control the immense power she has at her disposal. A mentor like that could be something she desperately needs, not to mention the stability of the multiverse’s realities. 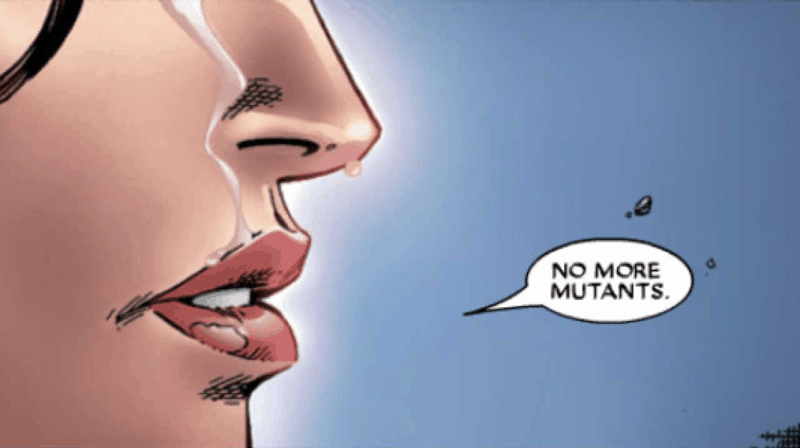 It could also come to pass that with Dr. Strange’s help, Wanda is able to stabilize things. Stabilize, however, is not the same as put everything back the way it was. Differences big and small could persist. For example, perhaps in returning the MCU reality to homeostasis, a certain group of super powered individuals need be introduced.

Reality could shift to include the mutants — and thus the X-Men — into our MCU reality, either with them having always been there or coming from another reality at the present. Given Wanda’s role in the Marvel Comics HOUSE OF M event, this would be a nice inversion. She would be turned from the woman who nearly drove mutantkind to extinction to the reason they exist at all. 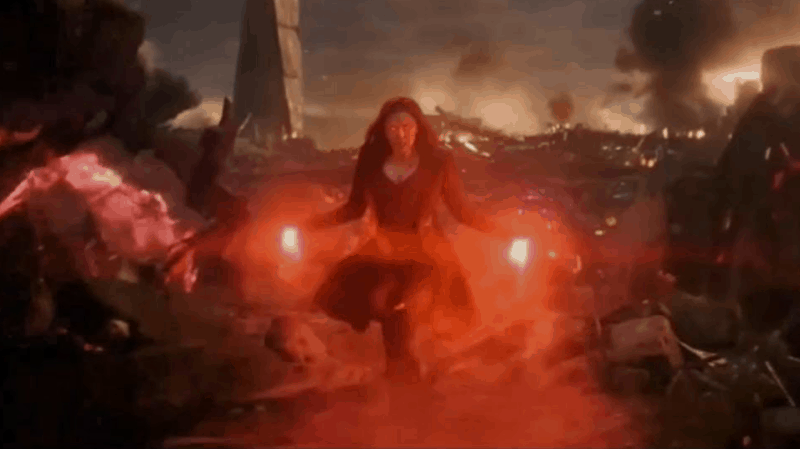 Magical Multiversal Mayhem Will Be The Result No Matter What

The truth is, I don’t know if any of this will come to pass in WANDAVISION or the next DOCTOR STRANGE film. I could be entirely off base with what I’ve just proposed. We just don’t know enough. However, it is still possible that some of this could be right on the money. I know for sure that a Wanda/Strange team-up means awesome magic stuff is gonna go down.

For the record, this is just one theory. I’m going to be coming up with others, and I hope you will too. Let us know your ideas and hopes for WANDAVISION and DOCTOR STRANGE AND THE MULTIVERSE OF MADNESS in the comments below!

WANDAVISION will release on Disney+ in the Spring of 2021. DOCTOR STRANGE AND THE MULTIVERSE OF MADNESS will release in May of 2021.