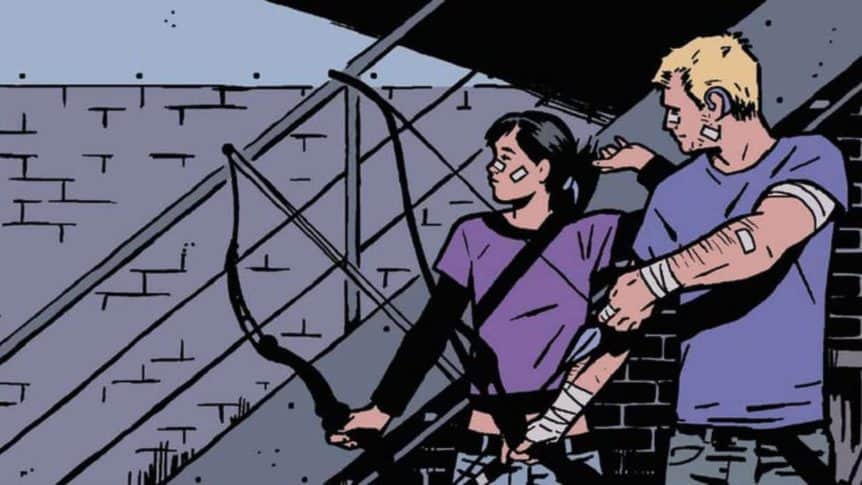 In July, Marvel Studios and Disney + announced a streaming exclusive series HAWKEYE and fans immediately sat up and took notice. The iconography recalled the highly regarded Matt Fraction-David Aja series and the announcement revealed that Clint Barton would be joined by the Kate Bishop Hawkeye, a wildly popular character in her own right. Yesterday, reports began to surface that Disney is circling actor Hailee Steinfeld as the arrow wielding Bishop. To help you get to know the (hopefully) soon-to-be archer, we give you this handy primer to her work. 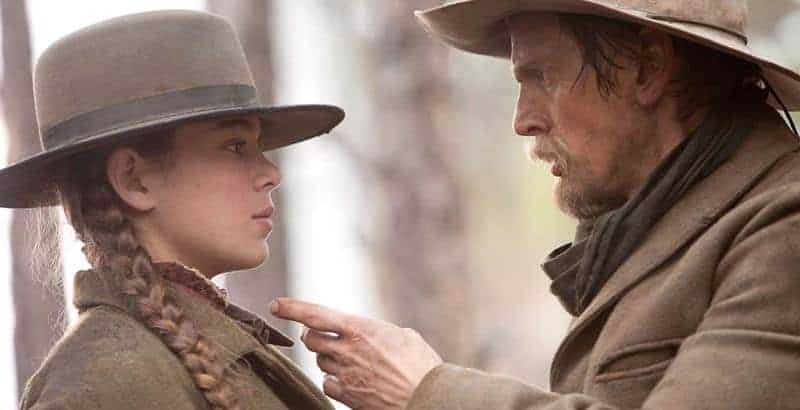 Hailee Steinfeld stares down Barry Pepper in TRUE GRIT, showing off the kind of steel that will serve her well as Kate Bishop. (Courtesy of Paramount Pictures)

Her first film was also the first time most noticed her despite a couple of prior television roles. At just 14 years old, she delivers a steely performance for the Coen Brothers. Moreover, she goes toe to toe with the likes of Jeff Bridges and Matt Damon.

She also proves surprisingly comfortable and dexterous with a firearm. She may not need a gun in HAWEKYE but a familiarity with projectile firing weapons is definitely a positive.

This one is recommended as both a way to appreciate Steinfeld’s work and a strong Coen Brothers effort. If you are a Western fan on top of that all, this might skate near nirvana for you.

Writer-director John Carney is evidently not a fan of this film. He has even gone as far as to blame Keira Knightley for being so bad in it that the whole movie suffered as a result. That’s weird since a.) the movie is good (although admittedly the least of his defacto music trilogy) and b.) Knightley is very good in it. Oh well.

Steinfeld takes on the role of supporting player as the daughter of Mark Ruffalo’s music producer. She does not have a ton of screentime or lines. However, what there is gives a good indication of how Bishop might interact with Jeremy Renner’s Barton. Steinfeld’s tete a tete’s with her not wholly responsible dad have the same sort of feel of the relationship between the hyper competent Bishop and the bit of a mess Barton in the Fraction-Aja comic book series.

Ok, this movie is not very good. Her part is not particularly rewarding. However, her character’s name is Zooey RENNER. Sooooooooooo, it’s kinda like a sign, right? 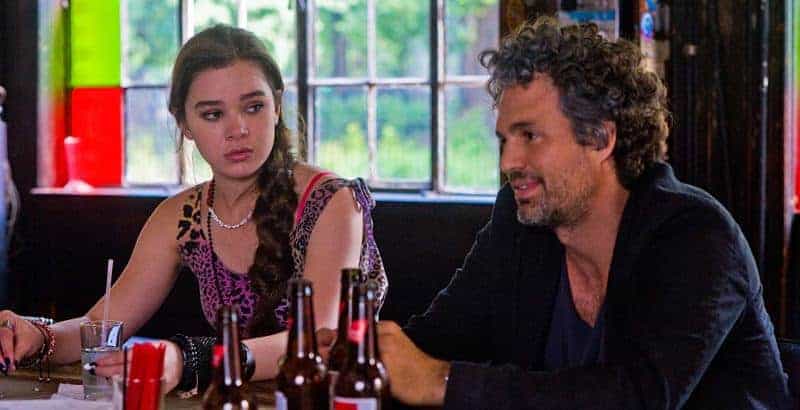 In BEGIN AGAIN, Hailee Steinfeld shoots Mark Ruffalo the kind of withering looks she is going to need plenty of in HAWKEYE. (Courtesy of The Weinstein Company)

This one deserves to be mentioned in the same breath as the likes of LADY BIRD, BOYHOOD, BOOKSMART as towering examples of teens growing up films.

If you have any doubt about Steinfeld’s ability to plumb emotional depths, this one should clear it up for you. Kate Bishop is also a teen/late adolescent struggling with growing to independence. Even if the beats here are far different than the ones Bishop will be wrestling with, SEVENTEEN still shows off how well Steinfeld can tap into those feelings and situations. 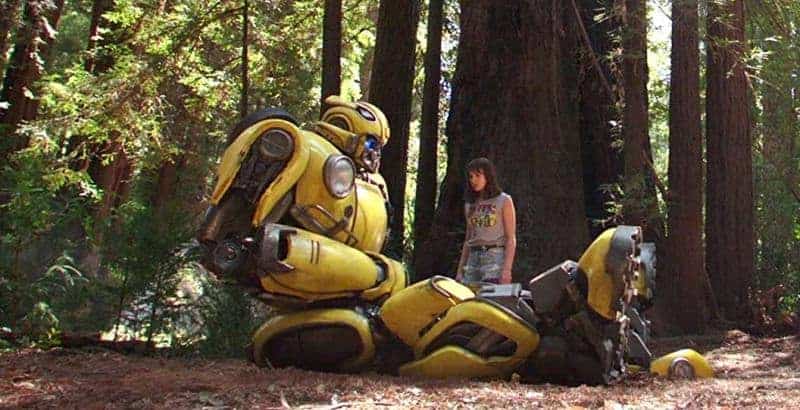 Hailee Steinfeld and her robot friend shoot the breeze in BUMBLEBEE. (Courtesy of Universal Pictures)

The best live action TRANSFORMERS movie. (Yes, I said. Yes, I’m right. Feel free to @ me, it won’t change how right I am.)

While the kind of action one would expect the two Hawkeyes (Hawkseye?) to get into, it does feature the kind of humor and action mix I think is likely. There is some drama there too, but I’m hopeful HAWKEYE will strive for something a touch deeper, at least.

As a more recent actioner, it also shows Steinfeld has a certain acumen for the physical aspect of the work.

Yes, it is only “voice work”. However, it is voice work in a nearly perfect movie and Steinfeld is awesome in it. So there’s that.

Also, it is probably the film on the list that best matches the tone of what we can expect from HAWKEYE and closely mirrors the mix of action, humor, and pathos the Disney + series will need to hit the target. 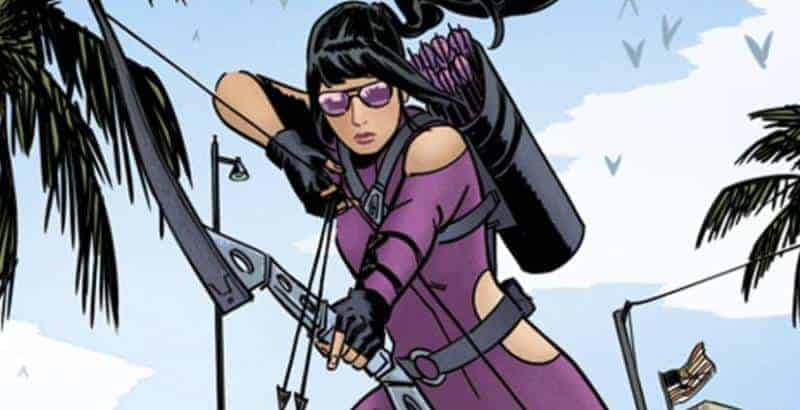 In the nine years since her big screen debut in TRUE GRIT, Steinfeld has established herself as being able to work across genres and handle the unique challenges of each. At 23, she seems an excellent fit for the prematurely mature Bishop. She can play both the kid as a parent part of the role and the “can’t help but get sucked in and admire” aspect of the role as well.

On a less serious note, she also has her own singing career so she and Renner can jam during camera resets. Who knows, maybe they’ll end up releasing the most fire album of 2020?

Back to serious, Hailee Steinfeld is a smart experienced actor who the MCU would be lucky to count amongst its ranks.