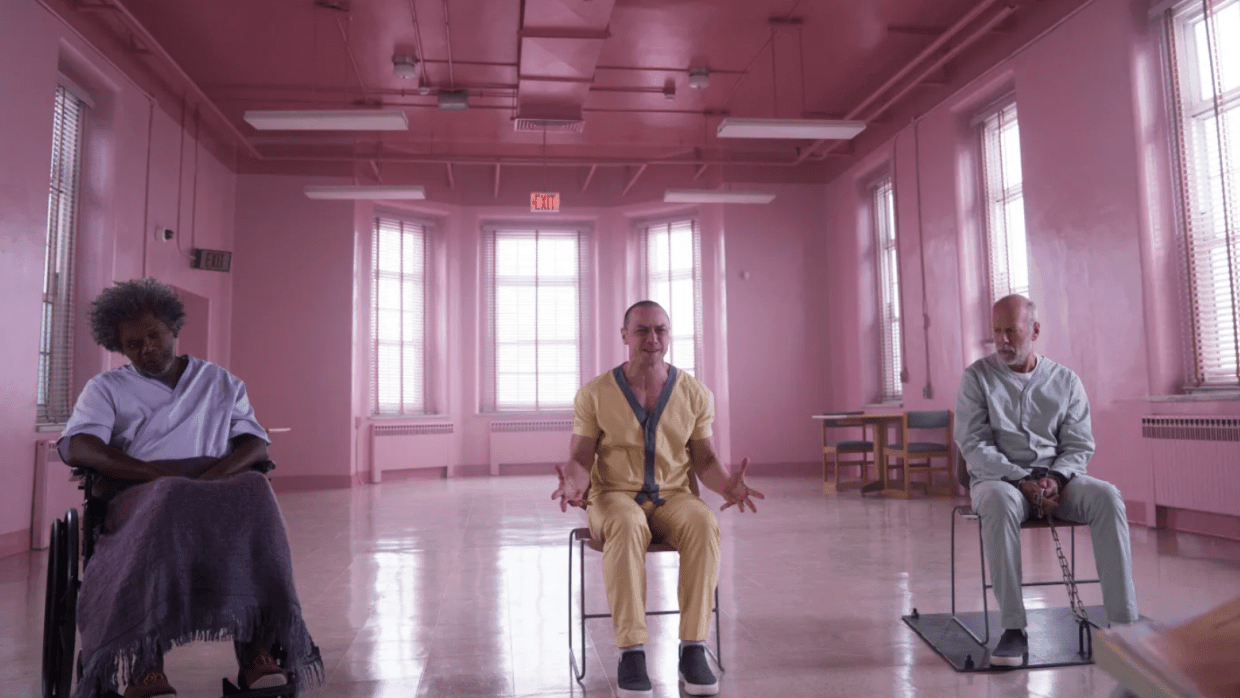 I fought for GLASS director M. Night Shyamalan longer than most. Even today, if you wish to go in on SIGNS for anything except for the “dying wife says exactly what to do to save her family but five years earlier” moment, I am well ready to defend it. And yes, that includes the water allergy.

So the speed and strength with which I abandoned the director with the release of LADY IN THE WATER were both warranted and sad for me. Hell, I like (not love, but like) THE VILLAGE.

Thus, when THE VISIT proved he had a talent for B-horror trash (I mean that in the most complimentary way, I promise), I felt good for him, but not ready to forgive. Then came SPLIT. Long before the last-moment reveal that SPLIT took place in the same Philadelphia that David Dunn (Bruce Willis) and Elijah Price (Samuel L. Jackson) of UNBREAKABLE existed in, he had me again. I’d never been as big a fan of Shyamalan as I had been when UNBREAKABLE first hit screens, but I had decided to forgive THE HAPPENING and those other movies if never spoken of again.

GLASS, therefore, filled me with a mix of excitement and trepidation. Had Shyamalan returned to the director I fell in love with in my teens? Or had he fooled me all over again? 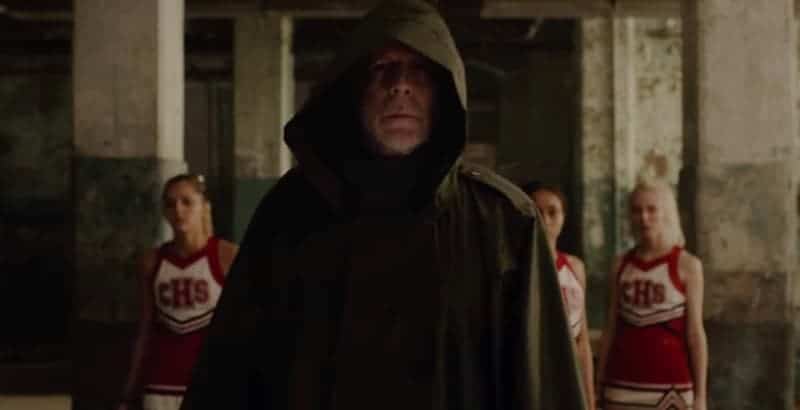 Bruce Willis saves the cheerleaders, maybe saves the world in a scene from GLASS. (Courtesy of Universal Pictures)

The Idea Behind GLASS

David Dunn learned about Kevin Wendell Crumb, aka the Horde, at the end of SPLIT and has, evidently, spent months searching for the killer. We know, and it remains unclear if he does, that Crumb actually has Dissociative Identity Disorder (D.I.D.), the accurate diagnosis for what commonly gets referred to as “multiple personalities.” Moreover, we are aware that several of his alters “worship” a single personality, the Beast, a kind of feral supervillain persona who may or may not command the abilities of several animals.

Their first encounter ends in a draw. Both are sent away to the same institution where Elijah Price, aka Mr. Glass, lives. He has apparently been incarcerated there since Dunn first brought him to justice in the text postscripts at the conclusion of UNBREAKABLE.

There, Dr. Ellie Staple (Sarah Paulson) has been given the chance to practice her “specialty.” Evidently, she has worked with several other clients who believed themselves to be super-powered beings and believes the trio to suffer from the same disorder.

She has three days to “cure” Crumb, Dunn, and Price. Of course,  there is far more happening then what we are being shown on the surface. 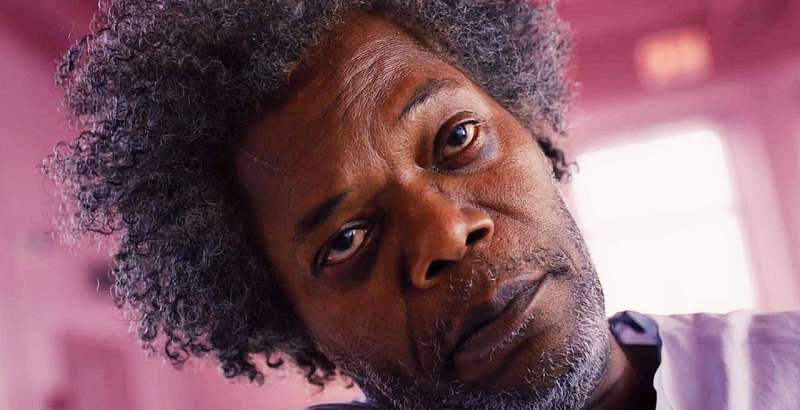 Samuel L. Jackson looks askance at the world in a scene from GLASS. (Courtesy of Universal Pictures)

Shyamalan often seems to know just enough about a topic to find the most glaring ways to write about it wrong. As pointed out by Matt Singer, he seems to be just as disconnected with comics as when he wrote UNBREAKABLE. He knows superheroes, he knows supervillains, and he gets that they end in titanic battles. His feel for the language of collectors and obsessives, however, is… well… kind of non-existent.

To give a perhaps picayune but revealing error Shyamalan made back in 1999 and still does in GLASS — multiple times! — consider how he has characters refer to short, finite comic book series. They do not call them limited series, miniseries, or even mention them as collected trades. No. Instead, they repeatedly call them “limited editions.” Yes, limited series is a term of art. However, it is also one that is easy to discover and sounds far more instructive than “limited edition.”

We want doctors in a medical drama to have a grasp on the terminology of medicine. It is thus not a bridge too far to ask supposed comic book enthusiasts and living super-beings to speak to their obsessions with equal expertise and dexterity.

Writing GLASS, the Dialogue and Structure

One criticism of Shyamalan that has always had an air of truth is that he is a pretty great director, if not a writer. His scripts often feel like plot and theme delivery machines. He feels less concerned with the quality of dialogue that ensuring that the words don’t derail the movie traveling from point A to point D through points B and C. As a result, there can sometimes be an artless, airless quality to the dialogue.

On the other hand, Shyamalan does have a talent for constructing that path from point A to D. When on top of his game, his films are well-oiled machines. While not a fastidious set dresser like Wes Andersen, he treats his plots similarly. There is not a detail that is wasted.

For instance, and I’m treading carefully here, as a therapist this film was often maddening. At one point, they “crash” the institution — lock it down — and do so with such an incredible level of ineptitude it made me want to weep. However, wouldn’t you know it, Shyamalan has not made this hospital bad at it by accident. It is all part of the machinations.

The other thing Shyamalan has a talent for in his writing is finding that moment. It can be easy to forget his dialogue shortcomings because he has a maddening ability to find the right line, the right moment, to make the whole script pull tight around the film’s world. In UNBREAKABLE, it came from the way Willis silently tapped the article about his first foray into vigilantism to show his son Joseph that he believed in Joseph as much as Joseph believed in him. GLASS finds that moment, too. 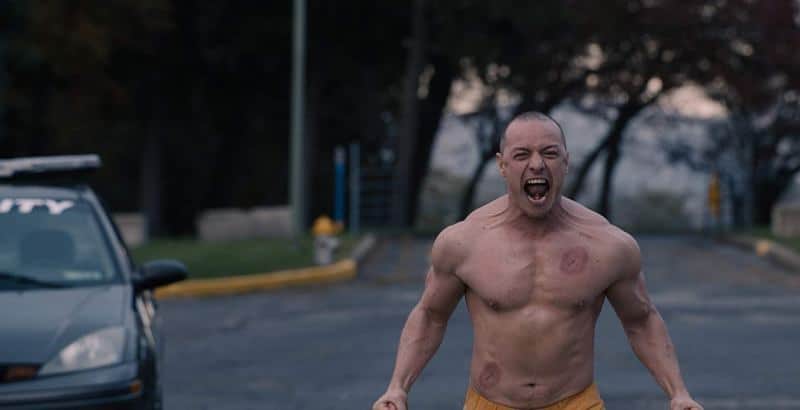 James McAvoy is a unit in GLASS. (Courtesy of Universal Pictures)

Casting the Lead of GLASS

Do not let the title fool you. GLASS is not Jackson’s movie, which comes as a disappointment. Price, or Mr. Glass if you nasty, is a fascinating character and lets Jackson pulls some tricks out of his bag that he rarely uses. Some so rarely, he hasn’t accessed them since Gator danced himself to death. Here, though, we don’t lay eyes on the mastermind until the second act. He says not a word until about the hour-and-a-half mark. Jackson still nails it, but I confess I remain a little stuck on the movie I wanted versus the movie we got when it comes to Elijah.

The real center of this movie is James McAvoy’s acting clinic. Shyamalan clearly loves the character(s) of Crumb/The Horde/The Beast. He cannot seem to help but put 90% of his best lines in McAvoy’s mouth. The movie has what I would characterize as a bizarre sense of humor and most of that comes from McAvoy conveying how moving among alters can unseat everyone’s reality. I don’t think the humor is unintentional per se, but more of an obfuscation. We laugh to place the disturbing nature of what Crumb’s life is at a distance.

Willis’s minimalistic, closed-in performance as Dunn in UNBREAKABLE was an excellent example of how he can weaponize his disengaged reputation to embody a man trying to keep life at bay. In GLASS, sadly, there is little opportunity for that. The only time Willis truly breathes as Dunn is in a brief scene involving his son Joseph (Spencer Treat Clark, all grown up from UNBREAKABLE) and Shyamalan himself. 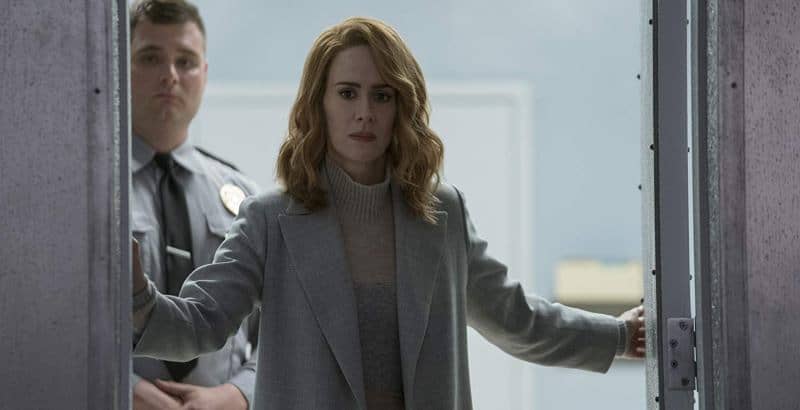 Sarah Paulson visits an institutional cell in a scene from GLASS. (Courtesy of Universal Pictures)

Casting the Rest of the GLASS Callsheet

While it is good to see the likes of Anya Taylor-Joy’s lone survivor from SPLIT or the aforementioned Spencer Treat Clark, only Sarah Paulson qualifies as a supporting player — not cameo — worth commenting on.

As noted above, her role is maddening because she is, to be frank, bad at being a therapist. However, also as noted, there turns out to be a reason for that. She also has one great line read where she, essentially, begs for validation. Overall, though, I wish she could have found a way to give the character more dimension while playing the part within a part. 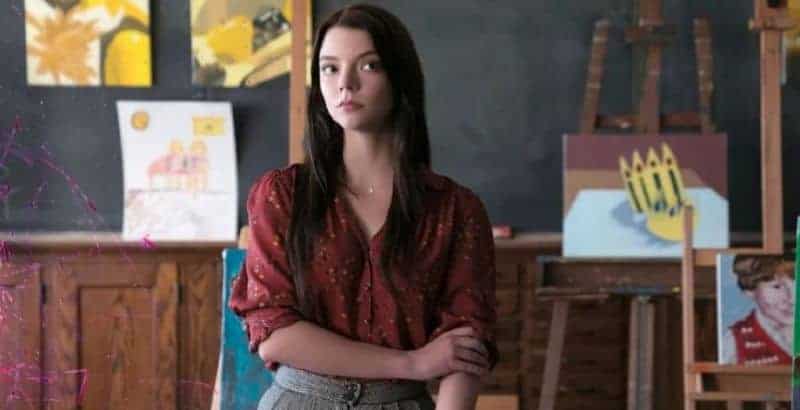 Anya Taylor-Joy walks among the art in a scene from GLASS. (Courtesy of Universal Pictures)

As Shyamalan’s interest in super-powered people has everything to do with the social and emotional pieces and almost nothing to do with the fireworks of doing incredible feats, it is perhaps not surprising that the climactic confrontation is not an act of pyrotechnics and balletic violence. It is, however, a mixed bag and a pretty decent microcosm of the film as a whole.

Shyamalan repeatedly — again, both in the scene and in the movie as a whole — denies us the full expression of physical superpowers. We witness them briefly through a van window, in the reflection of a mirror, in a set of feet pushing against incredible resistance, in an upside-down shot that confuses instead of celebrates. Most of this, I really like. A theme of all three films is the hidden nature of the gifts of these three characters and the camera maintaining that clouding makes sense.

However, at points, it absolutely deadens a scene. This is especially the case when Shyamalan utilizes Tom Hooper’s extreme close-up technique from LES MISERABLES. Willis’s features either can’t or won’t sell what is being asked of him. The results undercut any attempt at excitement or fear. Watching a man half grimace while someone else tries, but fails, to squeeze the life from him does not compelling fight choreography make. 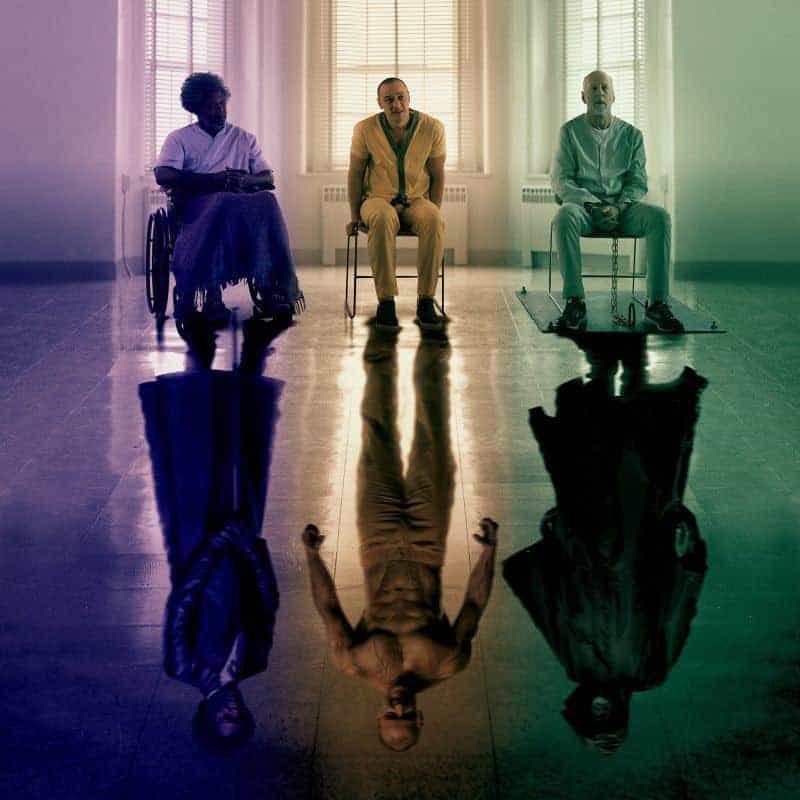 I obviously feel mixed on GLASS. It is, in many ways, an almost perfect representation of Shymalan’s strengths and weaknesses as a filmmaker; his tools and excesses. What makes him great was all on-screen, right along what makes him so frustrating.

However, during the two-plus hour running time, I did not want to leave the journey of GLASS until the characters completed their path. It is an utterly odd piece of work that still mesmerizes. GLASS cannot stand up to its predecessors, but it somehow still feels a fitting final chapter. It is almost nihilistic and yet too tidy. I found it fascinating and compelling in its strengths and flaws. Plenty won’t, but I did.