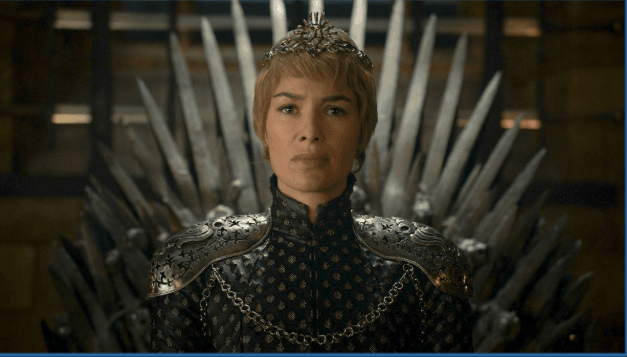 GAME OF THRONES’ villains worked hard to get to the Iron Throne. In the eight episodes of season 8, they endured much to get close to the throne, including deceit, backstabbing, scheming, and oh, dragons too. However, the true question remains — who truly deserves to sit upon the Iron Throne?

While many have their personal favorites, in my book, GAME OF THRONES’ villains were most deserving of the throne. A bit of a bold stance? Maybe. But read on to find out how the villains represented the core of the series and why they may have just been the best choice to rule.

1. GAME OF THRONES’ Villians Knew How to Play the Game 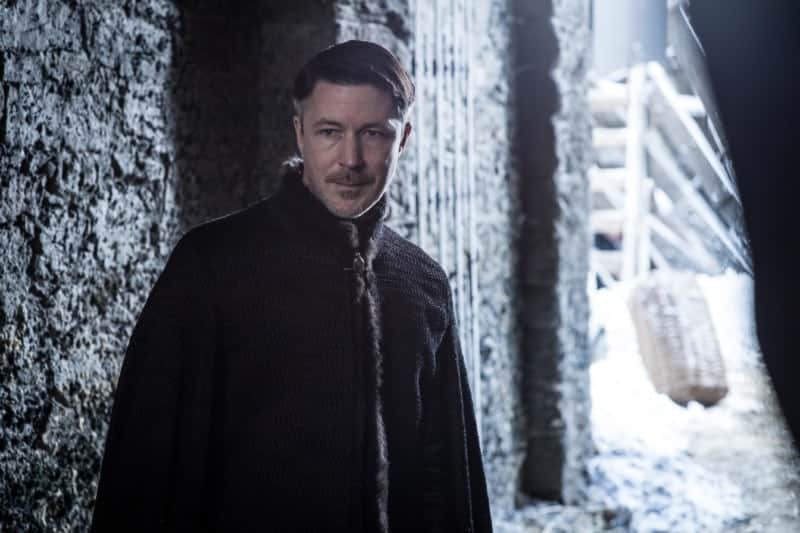 It may go without saying that GAME OF THRONES’ storyline involved characters navigating one another to achieve their goals. Each of our many characters pursued these goals differently. But the most active participants were our villains.  Take, for example, side characters such as Littlefinger, who manipulated both sides and used his persuasion to enter the higher realms. Other characters such as Varys had shifting loyalties but coordinated alliances carefully. The core of GAME OF THRONES is individuals pursuing their ambitions no matter the cost and the GAME OF THRONES villains embody that.

In Cersei and Jaime Lannister’s case, each of these characters made shocking choices for their power. Jaime, from the very beginning, crippled Bran and assisted in the capture and murder of Ned Stark. Cersei early on schemed against the Starks and eventually sacrificed her own children for the throne. Despite the treachery and brutality of their actions, the antagonists of GAME OF THRONES demonstrated a deeper understanding of their universe than our protagonists did.

The villains of GAME OF THRONES anchored the series with their plotting and scheming. Due to their level of ladder-climbing, our antagonists managed to put themselves into positions of power. The sheer ambition our villains possess here showcase them as strong candidates for the throne.

2. The Villians of GOT Aren’t as Bad as You Think 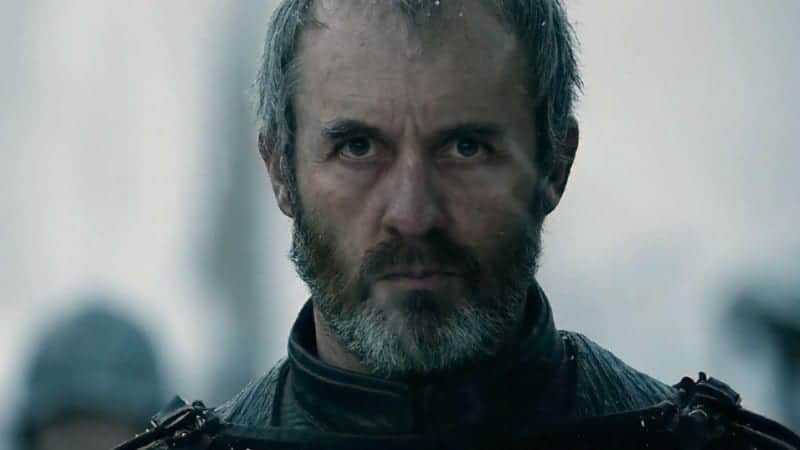 On the surface, Cersei and Jaime may seem malevolent. However over the course of the series, GAME OF THRONES reveals its villains are some of its most human characters. Jaime, in particular, started the series as singularly despicable and ruthless but ended up becoming more complex. His relationship with Brienne revealed a man grappling with his own legacy and struggling to break free of it. Throughout the series, Jaime also re-examined his dynamic with Cersei and questioned his allegiances. His character arc is an example of a series subverting the idea of traditional heroes and villains for something deeper.

Another example of this is the character of Stannis Baratheon. His primary goal was to reclaim the throne, no matter the cost. However, he showed humanity in his relationship with daughter Sheeran. As his arc progressed, we saw glimmers of sympathy in Stannis that fleshed him out. While Stannis went on to commit heinous acts in pursuit of the throne, his humanity was retained as he expressed guilt and grief over them. These particular arcs not only make our antagonists more human but arguably more complex than some of our protagonists.

While characters such as John Snow are beloved for their heroic natures, it could be argued that his arc didn’t evolve or progress as much as other characters. Despite Jon being a hero, we don’t witness him change as dramatically as Jamie Lannister or Stannis Baratheon. These character changes, coupled with how the latter two characters are driven more by their ambitions for the throne than Jon, make a case for our villains’ complexity. Due to the nature of their motivations and arcs, the villains of GOT prove themselves worthy candidates for the throne.

3. Are GoT Heroes as Good as We Thought? 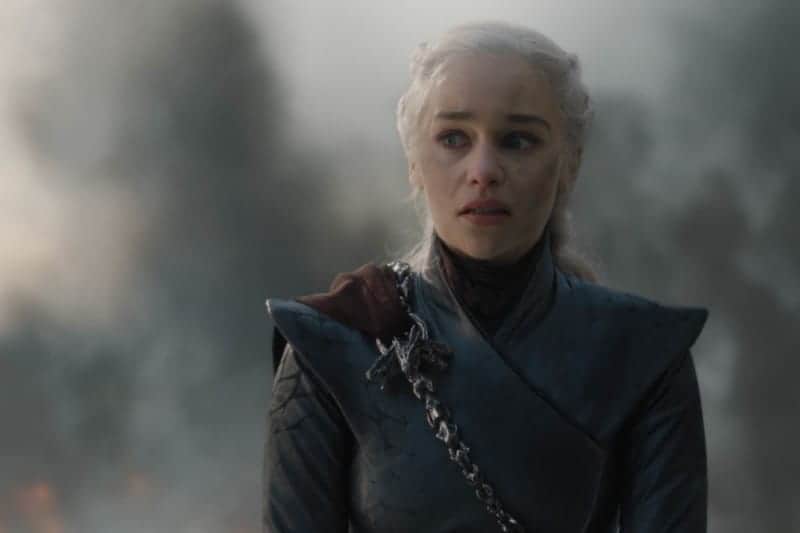 Jumping off that last point, GAME OF THRONES’ villains are more sympathetic than we’d expect. However, are our heroes as noble as we thought they were?

In the case of Daenerys Targaryen, we witnessed a hero character who slowly became more ruthless. Her decision to execute the Tarlys and massacre the citizens of King’s Landing blurred the line between her role as a hero or villain. Daenery’s arc from season 1 until the finale represents a heroic character embracing villainous traits to achieve her ends.

Arya Stark, another one of our protagonists, also embraced her inner darkness. Over the course of the series, Arya became motivated by bloodlust and sought out vengeance for the violence done to her family. In one notable scene from season 7, she slaughtered the entire Frey family in retaliation for the Red Wedding. Although Arya still garners our sympathy, you could make a case that her actions were no less brutal than some of the villains’. While Arya and Daenerys are still considered heroic characters, their arcs question what kind of behavior we expect from our heroes.

By having us question the nature of our protagonists, GOT allows us to evaluate who we truly feel deserves the throne. While we root for Dany and Arya, one can wonder why we sympathize with their acts of destruction but not our villains. In some cases, as with the characters of Jaime and Stannis, they express more remorse for their actions than Daenerys or Arya seem to. By having our villains appear so human, it allows us to identify with them more. The ambiguity of our hero’s morals adds to the argument that our villains could be just rulers on the Iron Throne.

4. Cersei Was the Ultimate Queen 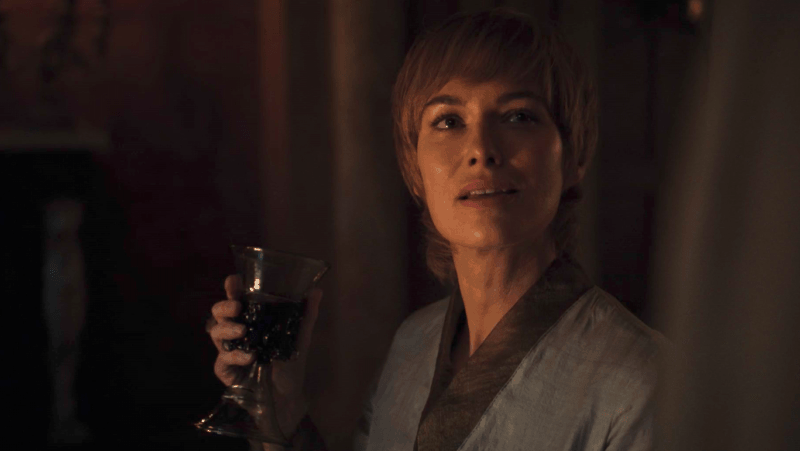 With such a large cast, there are plenty of characters to root for or against on GAME OF THRONES. However, Cersei Lannister is one character who audiences love to hate and hate to love. Cersei began the show as a typical one-dimensional villain, but thankfully, that changed. In the following seasons, we saw her lose her children and father, endure immense suffering at the hands of the high priests, and regain her agency in the process. Despite her nefarious motives, Cersei is one of the show’s more complex characters.

Although she committed evil deeds, we saw her humanity as well. Her relationship with her children, especially Tommen, gave her arc emotional weight. Cersei’s arc was a portrait of a woman whose experiences with loss and torment molded her into a warrior. We see this in how she exacted revenge on the high priests, how she took charge in the face of her husband Robert’s death, and how she asserted her independence in the realm. What could’ve been a one-note villain instead gave us an antagonist with depth.

While some audiences may have preferred Dany or Sansa on the iron throne, Cersei’s ambition, resilience, and cunning made her a more than worthy candidate. Plus, the fact she blew all her enemies up in one spot while sipping wine is a pretty boss move if you ask me.

5. The Villians in GAME OF THRONES Reflect Society 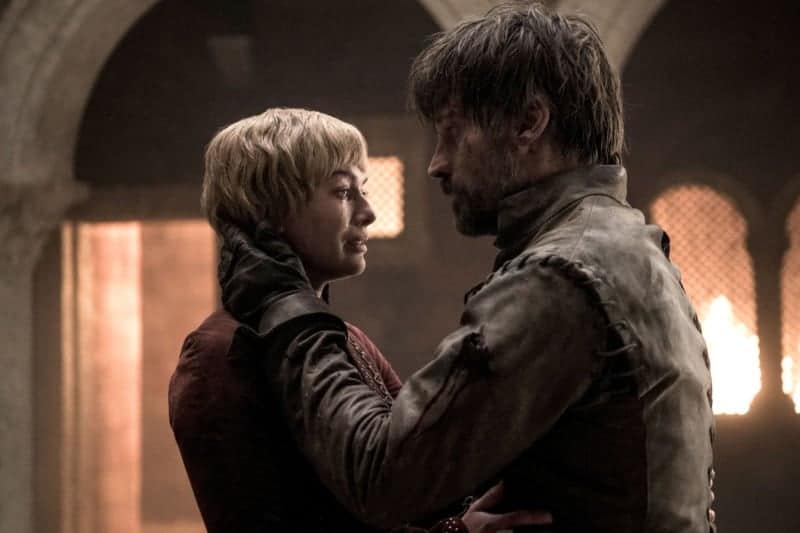 GAME OF THRONES, when it’s all said and done, will be known for many things. Its popularity may stem from its fight scenes, fantasy settings, and dragons, but its real staying power is something deeper. What GAME OF THRONES truly offers is a commentary on society and the nature of obtaining too much power. Our villain characters each reflected this theme as we saw them struggle to maintain their power.

In the case of Jaime and Cersei, these quests for power ultimately brought about their demise. The commentary GAME OF THRONES serves is that any one of us can just as easily be a Lannister or a Stark depending on our motivations. Regardless of the finale’s reception, the antagonists of GAME OF THRONES serve as not just villains but as a look into human nature. A key reason why the villains of GAME OF THRONES deserve the throne is that our antagonists aren’t just meant to be enemies but individuals who seek out power regardless of the length it takes.

As a series, GAME OF THRONES gave us much to discuss. While the finale has split fans down the middle, there’s still something we can agree upon. The villains of GOT were arguably some of the most complex and accomplished characters we’ve seen on television. Their development and journey were just as important as our heroes’ were. Due to their motivations, moral ambiguities, and desire for power, GAME OF THRONES’ villains establish themselves as fit to rule. Long live Cersei Lannister!