Summer 2019, to put it mildly, was a disappointment for cinema. May started the summer movie season off on a high note, with entries like AVENGERS: ENDGAME and JOHN WICK: CHAPTER 3 getting moviegoers pumped for what could come next. Unfortunately, what came next was rather underwhelming. Either a summer film failed to meet its hype, or adhered to the assembly line franchise format expected of modern Hollywood blockbusters. However, that doesn’t mean that everything after June was a total loss.

Sometimes the more mainstream movies have to fail for others to gain notoriety. And this summer offered a surprising amount of variety amongst the blockbuster/indie market. In the case of the latter, some indie films turned out to be compelling narrative that risk flying under the radar. Others lived up to the expectations of their franchise brand or the men helming the camera. These are the films that will stick with you when the year ends, though which become masterpieces will be determined with time.

Thus, ComicsVerse proudly lists the top 6 best films of summer 2019. This is a personal opinion list so it’s likely your top pick won’t make the spot of your preference. But should you be encouraged to watch some of the films on this list out of curiosity, all the better. 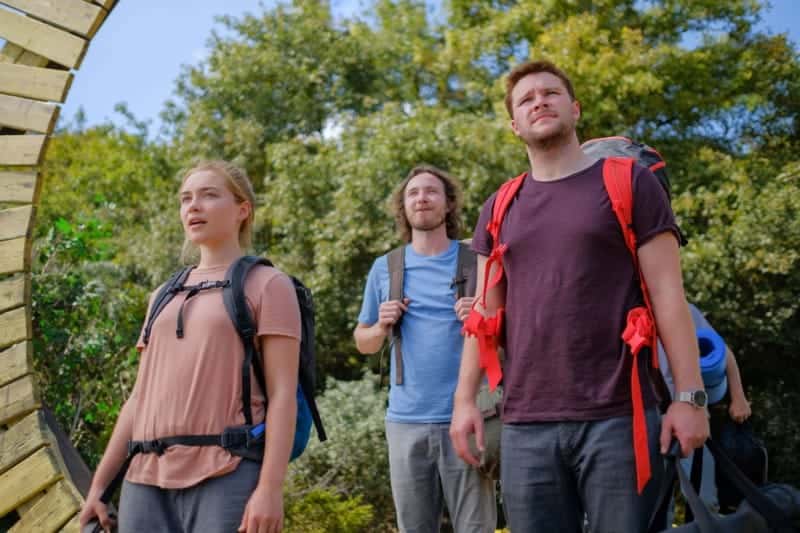 Florence Pugh, Jack Raynor and Vilhelm Blomgren in MIDSOMMAR, Courtesy of A24

Fresh off the success of HERIDITARY, MIDSOMMAR shows that Ari Aster is a new kind of horror director. At times MIDSOMMAR feels like a nightmarish take on the fear leading up to a breakup. When four American students visit their college friend’s Swedish village during a major pagan ceremony, things look innocent at first. Then little details and disappearances hint at something far unrulier and disturbing at play.

Like HEREDITARY, Aster understands the appeal of horror movies. Each scene of MIDSOMMAR slowly builds tension around this place of supposed innocence until it’s impossible to ignore the underlying horrors. Tapestries and visual cues foreshadow major events and roles for each character to inhabit, with the terror right under our noses. Yet this horror ties into themes of grief and isolation, both channeled by Florence Pugh as a girl still grieving over the worst of tragedies. That’s all I’ll say about this film- it’s one of those entries where you’re best going in blind.

Movie 5. ONCE UPON A TIME IN HOLLYWOOD 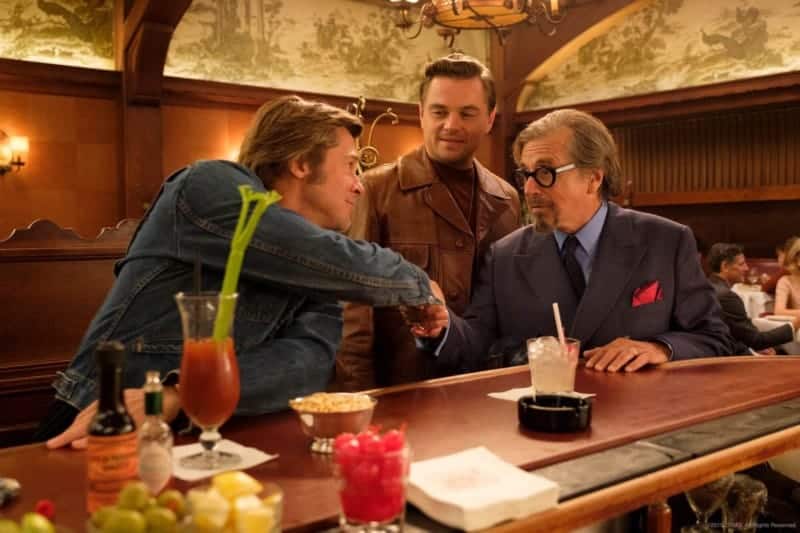 Brad Pitt, Leonardo DiCaprio and Al Pacino in ONCE UPON A TIME IN HOLLYWOOD, Courtesy of Sony Pictures

Say what you want about Quentin Tarantino, but the man knows how to build hype for his movies. An all-star cast, incredible music and production value that faithfully recreates the late 1960’s Hollywood? It’s the kind of meticulous detail one expects from a Tarantino film outside its snappy dialogue and obligatory foot fetishes.

More importantly, the story of Rick Dalton (Leonardo DiCaprio) and Cliff Booth (Brad Pitt) reflects a Tarantino in his elder years. No longer blowing up the industry with game-changing films, he instead pays homage to a mythic era that predates even his childhood. This fairytale-like quality is further emphasized by Margot Robbie’s portrayal of Sharon Tate as a beacon of new Hollywood innocence. It gives the “Once Upon a Time” part of his title some deliberate meaning.

For two thirds of its runtime, this is Tarantino’s most nuanced entry since JACKIE BROWN. Then comes its ending which, without spoiling anything, will have people talking until the year ends. Controversial, yes, but one that fits in with the fairy tale themes of Tarantino’s mythic vision. 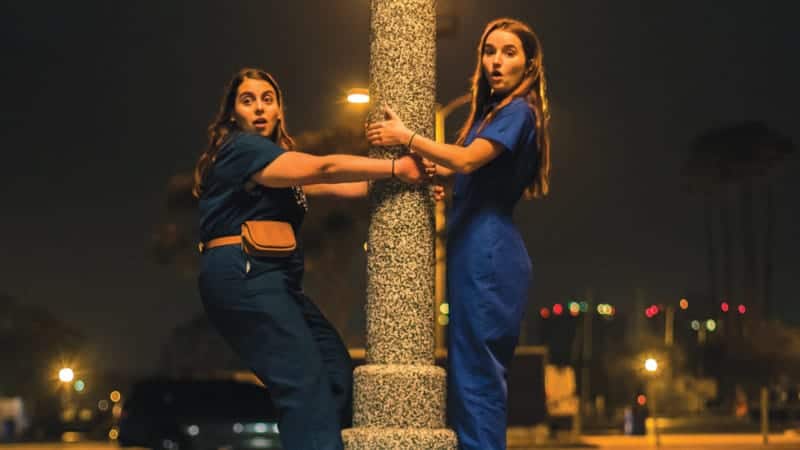 A film that deserved more recognition than it got, BOOKSMART is more than just female SUPERBAD. And yes casting Jonah Hill’s sister Beanie Feldstein in one of the lead roles is incredibly coincidental. Feldstein’s chemistry with Kaitlyn Dever is infectious and, combined with Olivia Wilde’s stellar first-time directing, makes for one hell of a high school comedy.

Following bffs Amy and Molly as they embark on one last night to party before graduation, BOOKSMART is incredibly relatable. The expectations of high school, the restrictions of social cliques, the shifting diversity of Gen Z life- it’s all there. The film is funny and topical without losing its sharp writing.

What’s best about BOOKSMART is how it makes a conventional plot feel fresh through the gender-flipped and queer lens. Yes there are stories about romance and sex but, unlike the male-centric buddy films, these aren’t the final goal. It’s just one part of a story about friendship and growing up in the face of an uncertain future. It might have a lot in common with other buddy comedies, but BOOKSMART is very much its own thing. 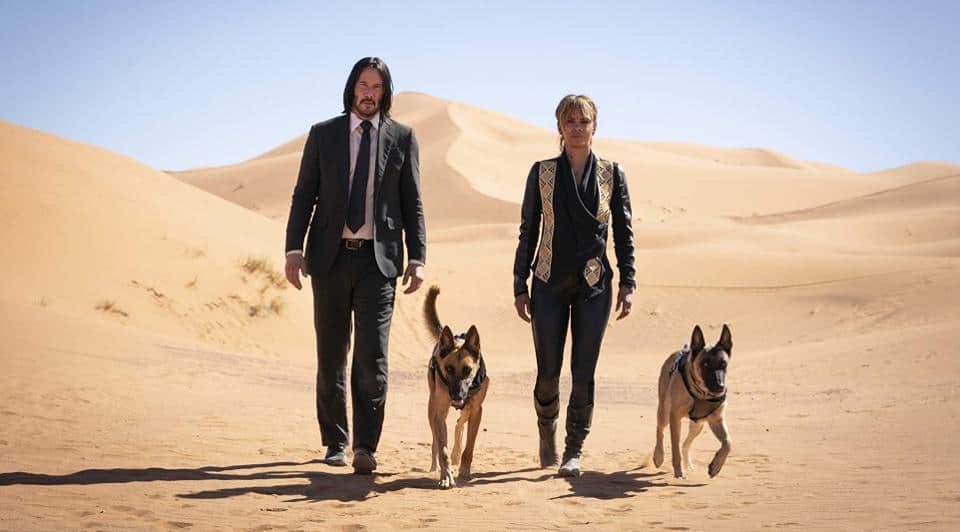 All hail the Keanusance! Ever since 2014’s JOHN WICK became a sleeper hit, Keanu Reeves has been seeing one hell of a comeback. TOY STORY 4, a third BILL AND TED film, his CYBERPUNK 2077 role- the best word to describe this sensation is “Woah.” And yet with JOHN WICK CHAPTER 3: PARABELLUM, Reeves did what the MATRIX trilogy could not and delivered onto us a perfect action trilogy.

Very few action movies come close to the quality of this franchise. Picking off immediately after the events of CHAPTER 2, John Wick is on the run from the entire assassins organization he was once a part of. At midnight, his name becomes “excommunicado” and he must use every weapon available, even library books, to evade capture. Wick’s journey involves reconnecting with his past, globetrotting to Casablanca to meet Halle Berry, and defending the NYC Continental from assault. Oh and he fights two actors from THE RAID movies, which is awesome.

Even more impressive than PARABELLUM’s serial drama narrative is its action, which is again top quality. The combat and gun-fu is visceral, expertly choreographed and sees Reeves once again do all his insane stunts. Much like FURY ROAD, this franchise knows how to turn action into art and it’s breathtaking. Don’t mess with Baba Yaga. 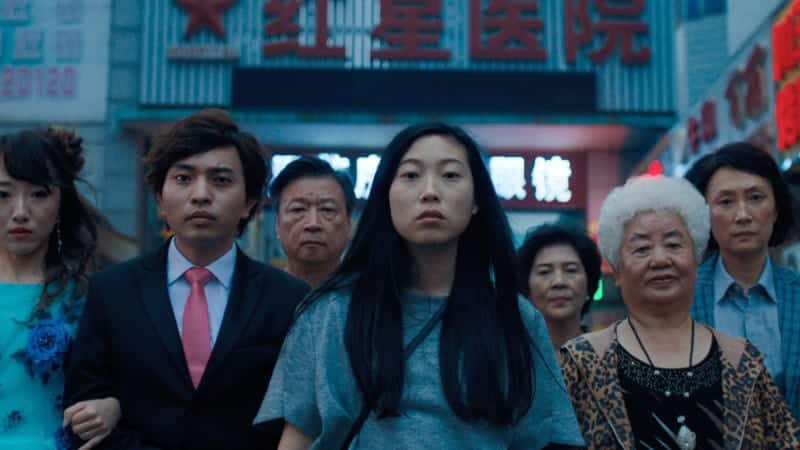 Awkwafina in THE FAREWELL, Courtesy of A24

Of all the films I saw this summer, THE FAREWELL was by far the most emotionally surprising. Not to mention one hell of a sleeper hit. A Chinese-American woman named Billi (Awkwafina) learns that her grandmother has cancer, but her family refuses to reveal the news. Instead, they travel back to Changchun under the guise of a wedding to spend one last time with Nai Nai. In doing so, Billi must contemplate her family’s intentional dishonesty as a way to shoulder this emotional burden.

So much of this film is simple, yet remarkably effective. The dialogue between characters is poignant and emotional without ever feeling cliched. It provides a moral and ethical dilemma based along cultural lines, contrasting Western individuality with Eastern collectivism and the promotion of family over self. These themes connect death and family together via traditionalism in a manner that transcends generations.

THE FAREWELL also provides a great dramatic vehicle for Awkwafina, an actress best known for her quirky comedic roles. Billi loves her Nai Nai not just as family but also as her pre-immigrant tether to China. Losing this person means losing a part of her past, made even worse by her inability to tell Nai Nai the truth. These are the kind of original heartwarming films that I wish Hollywood would focus on more. 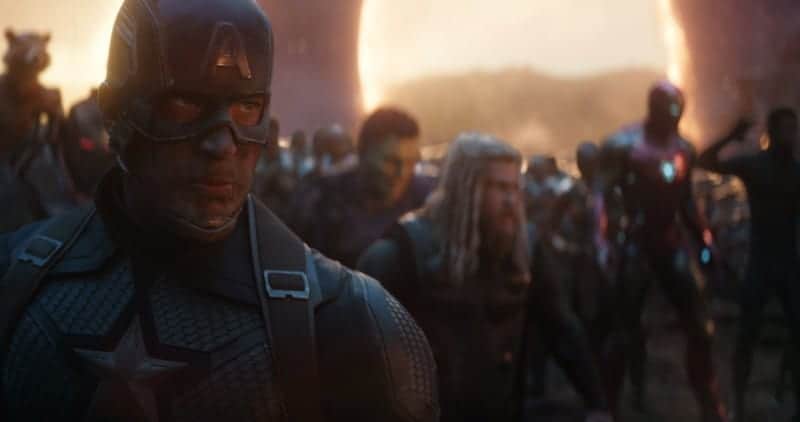 What else can be said about AVENGERS: ENDGAME? It’s the culmination of eleven years’ worth of Marvel storytelling and character arcs. It paid off the journeys of its expansive character roster and provided oodles of fan service. The finale third action set-pieces is amongst the finest comic book magic I’ve ever seen in any movie. And it finally had Captain America say the words we’d been waiting for since 2012: Avengers Assemble!

As a final chapter of the “Infinity Saga,” ENDGAME is an incredibly intimate piece. This film truly is about the core six Avengers and how far they’ve come as characters. It’s also about how each character dealt with the Snap’s fallout in their own ways, some better than others. And half of those moments lead to scenes of intense heartbreak and melancholy amongst each other and the audience. It’s proof of how much we’ve cared about these characters after so long.

Before the Marvel Cinematic Universe, few people cared about Iron Man or Captain America the way we did Spider-Man. Now, even Rocket Raccoon is a beloved household name amongst Marvel fans young and old. That’s how much the franchise, and this film in particular, has become a generation-defining pop culture phenomenon. The fact that ENDGAME is now the highest grossing film of all time also doesn’t hurt.

And now, here are some some movies for fans to be most hyped for between September and December:

Top 5 Most Anticipated Movies of Fall 2019 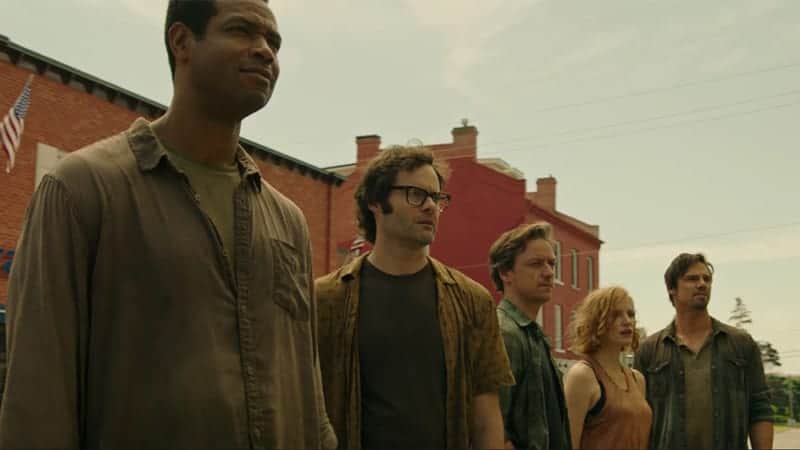 Even with Tim Curry’s iconic Pennywise performance etched in our minds, 2017’s IT was an amazing movie adaptation. With fantastic directing, musical score and great performances by the child actors and Bill Skarsgard, this film made you fear clowns all over again. IT: CHAPTER 2 aims to continue Stephen King’s novel as the adult Losers return to Derry to confront Pennywise one last time. With Skarsgard reprising his Pennywise self and a host of names like James McAvoy, Bill Hader and Jessica Chastain, get ready to float again. And fear what lies behind those red balloons.

4. IT’S A BEAUTIFUL DAY IN THE NEIGHBORHOOD 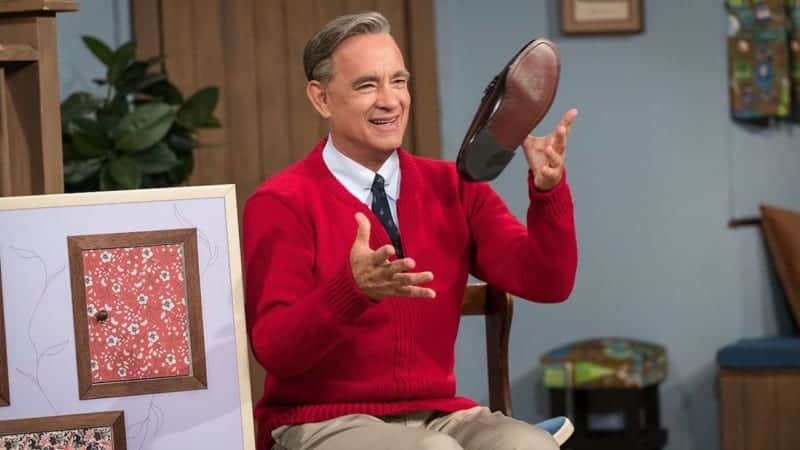 Tom Hanks as Mr. Rogers: how perfect a casting can you get? After WON’T YOU BE MY NEIGHBOR drove moviegoers to tears, this film aims to continue promoting the joyful legacy of Fred Rogers. Loosely based on a 1998 Esquire interview, the cardigan-wearing TV host finds himself interviewed by a cynical journalist. What’s bound to happen, as with everyone who’s ever watched MR. ROGERS’ NEIGHBORHOOD, is us falling in love with this man’s warmth and generosity all over again. The world could always use more helpers like Fred Rogers. 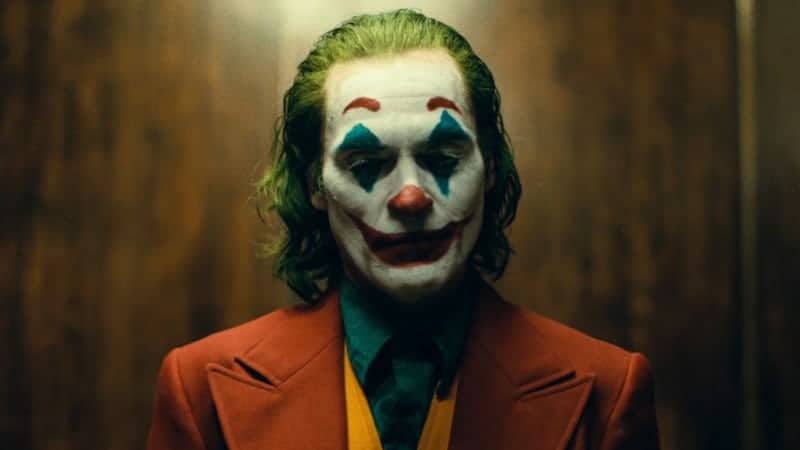 Joaquin Phoenix as the Joker, Courtesy of Warner Bros.

It’s hard to tell whether JOKER will be any good. Devoid from any connection to Batman or DC comics, the trailers still hint at a prestige body horror film. Boosted by what looks like as chilling performance from Joaquin Phoenix, and you have a “comic book” movie that feels like something more. Whether Phoenix lives up to Heath Ledger or Mark Hamill’s legacy is unknown, but he has to be better than Jared Leto. 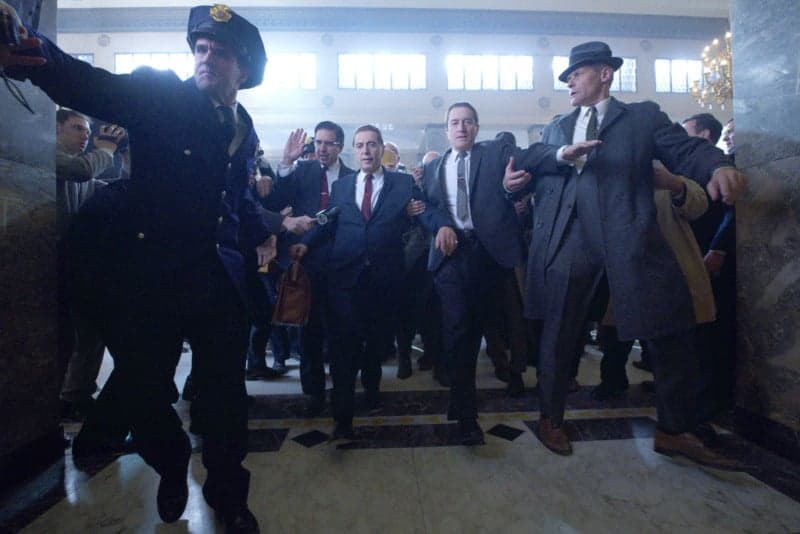 Al Pacino and Robert De Niro in THE IRISHMAN, Courtesy of Netflix

Based on the story of mob hitman Frank Sheeran’s relationship with union leader Jimmy Hoffa, this is peak Scorsese. The iconic director returns with potentially another masterpiece while using Marvel’s de-aging technology to great effect. That means we’ll see versions of Robert De Niro, Al Pacino, Joe Pesci and Harvey Keitel like they walked out of the 80’s. With any luck, this movie will convince the Academy to put another Netflix film up for the Best Picture nomination.

1. STAR WARS: THE RISE OF SKYWALKER

Four years and a number of absurd fan backlashes later, the latest STAR WARS trilogy is coming to an end. It’s the conclusion of Luke’s journey and the beginning of the end for Rey, Finn, Poe, BB8 and Kylo Ren. Much has been speculated about this film, its trailer and its title, none of which will be answered until it comes out. Especially with JJ Abrams and his “mystery box formula” back in the director’s chair. Still, it’s STAR WARS- you just can’t help but be excited to see what happens next.