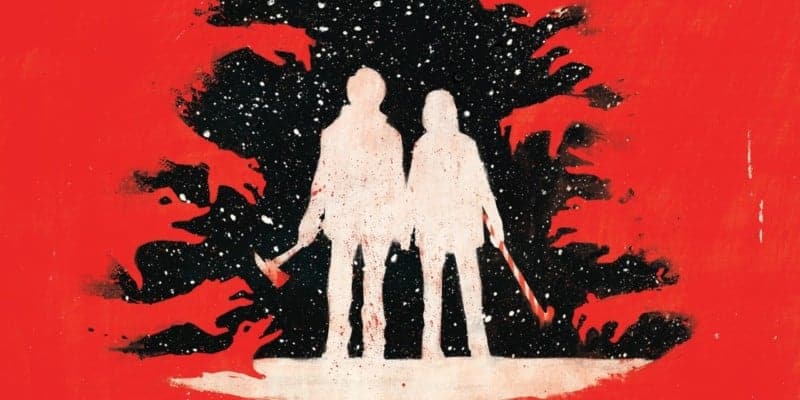 Nothing gets you mentally prepared for the Christmas holiday other than a movie featuring flesh-eating zombies and singing teenagers. ANNA AND THE APOCALYPSE is filled with plenty of laughs, gore, and catchy tunes. The film easily cements itself next to other cult classic horror films such as ZOMBIELAND and WARM BODIES.

Written by the late Ryan Mchenry and co-writer Alan Mcdonald, ANNA AND THE APOCALYPSE finds a unique way to blend the film genres of comedy, horror, romance, and drama into one kickass film.

The Idea Behind ANNA AND THE APOCALYPSE

A zombie outbreak suddenly happens in a small suburban city in Little Haven, Wales. Anna (Ella Hunt) and her friends sing, run, and battle their way from a bowling alley to their school to find their loved ones and escape their hometown. With military forces eaten and reinforcements nowhere in sight Anna and the group are left to rely on the only people who can help them survive: each other.

The Backstory Of ANNA AND THE APOCALYPSE

The genius idea for the film came from the creative mind of the late Ryan Mchenry. Mchenry was a Scottish film director best known for his short film ZOMBIE MUSICAL, and his vine video series featuring actor Ryan Gosling wherein the videos, Ryan Gosling refuses to eat his cereal. He got the idea one day while watching HIGH SCHOOL MUSICAL. He thought it would amazing if Zack Efron had been eaten by zombies in the film, and hence the idea was born and preparation was underway.

Sadly, Mchenry passed away from cancer in 2015 while he was preparing to make the film. His vision was still realized as his friend and co-writer Alan Mcdonald along with producers Naysun Alae-Carew and Nicholas Crum with director John Mcphail brought the project to life. After seeing the finished product I believe Mchenry would be quite proud. One of the coolest things I found out from a Q&A I attended in New York was that in one of his last vine videos Ryan Gosling actually ate his cereal in a tribute to honor the late great Ryan Mchenry.

What’s To Love About This Film

First and foremost they had me at Christmas zombie musical. Second, it’s the first of its kind. Third, the film does an excellent job of balancing different genres and not taking itself too seriously. It has just the right amount of gore, humor, and character development to make you care about these characters

It’s a coming of age story about a girl who wants to get out of her hometown and explore life. It’s about getting over death, being with the one you love, and being able to step out of your comfort zone. ANNA AND THE APOCALYPSE also does a great job at showing how technology keeps us delusional to reality. And of course, there is an awesome amount of head bashing, a zombie decapitation, and other hilariously violent antics.

The story never feels boring and the pacing is pretty much on point for the most part. The characters really do their own singing as well.  One of my favorite moments of the film involves a musical number called, “Turning My Life Around.” It features Anna and her best friend John on their way to school. In the scene, Anna has just left her house and is walking down the street in her neighborhood with headphones on singing and dancing completely oblivious to the fact that zombies are attacking her neighbors.

All the characters in the movie have great all-around chemistry together and bring their own uniqueness to the film. Anna who plays a pretty strong female protagonist shines with her witty personality, slight emotional vulnerability, and ruthless weaponry skills with a giant candy cane. Her dim-witted but very likable best friend John plays well as the best friend. The film also has a great supporting cast that includes actors Sarah Swire, Christopher Leveaux, and Marli Siu.

One of the breakout stars of the film hands down is headmaster Savage  (Paul Kaye, GAME OF THRONES) From the beginning of the movie you realize he’s the villain in the film and he fits the role perfectly. The film also manages to give each character a good amount of screen time with at least one memorable scene.

ANNA AND THE APOCALYPSEs’ director John Mcphail does a great job behind the camera. I’m not familiar with his previous work. I do know he is a huge fan of zombie movies, John Hughes, and Edgar Wright. He also does an impressive job having no previous experience with action scenes, horror films, or musicals. There’s a great homage to SHAUN OF THE DEAD towards the end of the film.

Another One Bites The Dust

I’m not surprised that overall, ANNA AND THE APOCALYPSE is a really good film. It has a great cast, solid story, awesome music, and plenty of zombies. I think we’ll be seeing Anna (Ella Hunt) in a lot more film in the near future.