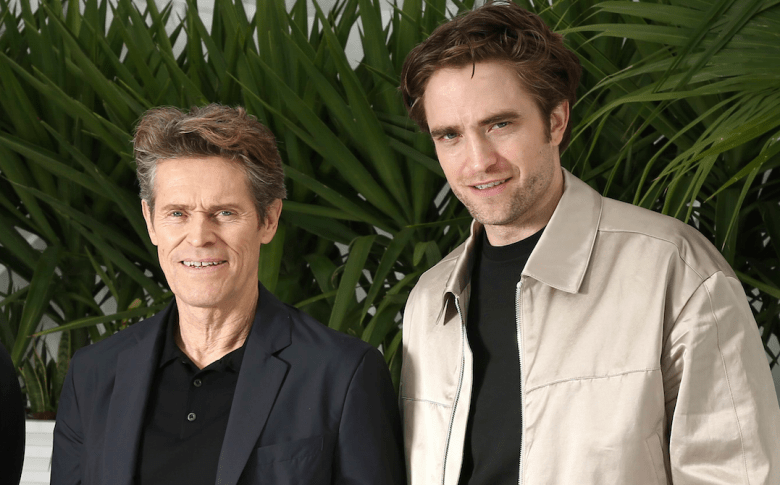 It’s becoming increasingly more and more common for fans to create petitions with the hopes of changing the media they like. It could be before the media is released, or more than likely afterward. It’s happened recently with shows, films, games, writers, directors, and even the visuals. Do fan-petitions help with anything? If they do help with immediate issues fans want to fix, is there a long-term problem that is being ignored?

1. Fan Petitions Stir Up Discontent Instead of Discussion

STAR WARS: THE LAST JEDI is by far one of the most divisive films of the STAR WARS franchise. The creative decisions per director Rian Johnson were met with some intense frustrations which led to a petition from fans desiring that Disney remake the film. The same has now recently happened with GAME OF THRONES Season 8 as well for many of the same reasons. A petition (more about that here) is up now to strike the final season of the popular series and remake it. Both petitions exist due to the fact that fans didn’t like the creative choices and events that occurred.

Typically, the big issues with both were: failing to meet expectations. For example, the lack of revealing the history of Supreme Leader Snoke or the fact that the true identity of Jon Snow goes absolutely nowhere. (There are plenty more examples to give from both, but I’ll leave it as those two for now.)

JUSTICE LEAGUE underwent a director change near the end of its production, leading to reshoots resulting in fans seeing the reshot scenes as noticeably different. Which… it is. This led to a petition for an original cut they believe to be better. Which.. it probably is. Even though it came out in 2017, the cry for the Snyder-Cut is still loud with quite a large following.

All that being said, the emergence of petitions in this digital age is creating a mentality where instead of talking about what we did and didn’t like, more and more people are becoming entitled, thinking that they deserve every moment to be perfect and enjoyable. It’s kind of asking a lot, given the range of opinions we all have about everything, even if there is a majority. No media project is going to be perfect for everyone. The petition has become a vehicle for that entitlement. Discontentment is becoming the norm.

2. Fan Petitions Can Get Out of Hand and Be Harmful

It becomes even worse when the discontentment goes overboard. For instance, last year’s release of SPIDER-MAN PS4 from Sony and Insomniac Games is a great example of when things go too far. The game itself has high praise, creating the most in-depth and perfect web-slinging experience to this day. With this game, players can get the closest they’ve ever been to being Peter Parker. Insomniac added several different iconic suits from across the Spider-Man mythos for added fun and experience such as the MCU Iron Spider suit, or the Peter B. Parker SPIDER-VERSE suit. However, there was a massive clamoring for a version of the suit seen in the Sam Raimi SPIDER-MAN film trilogy starring Tobey Maguire. This is where the harm comes in.

The desire for the suit became incredibly strong. Too strong. Demands were made on the forums, incessant whining occurred, so much so that Insomniac banned the topic from their forums. Like clockwork, the fan petitions were made in full force. The pinnacle of the issue was when developers were receiving death threats from internet trolls with the intent to harm unless the suit was released. This type of awful and ridiculous behavior is a prime example of why internet fan petitions have the potential for dangerous attitudes.

Already In The Works

The kicker? Insomniac already had a Raimi suit in the works before the outcry and demands began. The red tape involved merely prevented them from talking about it until it was ready. Upon its free release (yes, it’s FREE), it then looks like the developer gave in to the trolls. Games Community Director James Stevenson was quick to note the contrary on Twitter:

“Passionate is not an excuse for harassment. Having paid for a piece of software or a service does not entitle you to be a jerk. You are not always right.”

He also went on to say that things like the suit addition can take a long time and that they never stopped listening. As a community of fans, we should never stoop so low as to bash and threaten the creators of what we love, especially when it’s something so spectacular as a game of this caliber.

3. The Good Gets Forgotten

Another problem with fan petitions is that when the majority are displeased, especially with franchises. The positive and good elements can be left on the wayside of the conversation. Take GAME OF THRONES for instance. It has incredible critical acclaim, with a massive fan following throughout its 8 seasons. However, with the final season having the divisive response it has, I worry that the moments and episodes that make it popular in the first place will be forgotten, leaving conversations to only focus on the negative feelings towards the final episodes. The petitions that exist to strike the final season of the franchise or to remake it are not only futile, to begin with, but also supports and propels this mentality.

The same is true for STAR WARS, one of the most popular and wonderful franchises of all time. The divisive nature of THE LAST JEDI not only caused a rift in the STAR WARS fan community but also damaged the success of the following STAR WARS film SOLO. (SOLO had other issues going against it, but LAST JEDI was a part of that.) Again, futile fan petitions to remake or strike the film from continuity only fuels the mentality. You can tell that the fan following took a hit after LAST JEDI, yet it seems as though it didn’t need to happen. People can disagree, but there’s a problem when that disagreement becomes so passionate as to forget about all the positive elements of why you liked it the first place. STAR WARS is astonishing on the whole in its totality. Let’s remember that.

Here’s another problem with fan petitions: they can begin before the media is released. For instance, it has been highly rumored that actor Robert Pattinson is up for the role of Batman in Matt Reeve’s upcoming Batman film. You’d think Warner Bros. just killed every Batman fan’s pet puppy. It’s not even something that has a confirmation (Nicholas Hoult is in the running too), and people are already acting like it’s a for sure thing. Even so, the petitions are already live on Change.org, and the signatures are coming in. It’s crazy. Take away all the opinions on whether or not any actor would be good to play Bruce Wayne. Jimmy Kimmel said it best:

“Comic book fans haven’t been this angry since every other time they’ve announced who’s playing Batman. Don’t use the same platform a mother uses for her sick kid to pressure the FDA into releasing an experimental medication to complain about Batman being Robert Pattinson!”

There Are Bigger Issues!

It’s a great point. There are bigger issues out there. Moreover, we haven’t even seen what Pattinson’s version of Batman would even look like… if it will exist at all. The petition against him is wildly premature. It’s also worth noting that Pattinson has grown and done some significant work since TWILIGHT. So if that’s your main beef, please do some research and calm down.

The same goes for the fan petitions for Disney to remove the GAME OF THRONES writers from creating the next STAR WARS trilogy. Which is crazy. Just because people don’t like their work on the final season, doesn’t mean that they wouldn’t do a great job with something different. Their overall track record with the entire GAME OF THRONES series is more than enough and gives them a license to work on STAR WARS.

5. Fan Petitions Could Curb the Process of Creatives

Another recent big issue fans have is how the live-action Sonic looks in the new SONIC THE HEDGEHOG trailer. He definitely looks weird and odd, and the fan petitions unsurprisingly came not soon after.

Remarkably, it wasn’t long after that the film’s director, Jeff Fowler, gave a response on Twitter:

“Thank you for the support. And the criticism. The message is loud and clear… you aren’t happy with the design & you want changes. It’s going to happen. Everyone at Paramount & Sega is fully committed to making this character the BEST he can be.”

While I’m sure this made fans happy, it caused some concern for me. Don’t get me wrong, I think the current version of Sonic is nightmarish and terrifying for kids and adults alike. I just think that an alarming precedent is set in and that is this: If we are loud enough and angry enough, we can get what we want and bend creatives to our will.

That’s problematic because if this trend continues to happen, I fear that a desire to please will dominate and take over the desire to be creative and bold. This could ultimately taint and water down the stuff that we enjoy and love, creating bland works that aren’t surprising due to their production being more worried about meeting our expectations. Surpassing expectations will always require the risk and chance that it won’t be received well. I, for one, still want creators to take those chances. If they fail, they fail. But if they succeed, then we get something truly special. Fan petitions could get in the way of that success.

I want to make something clear. There are things that I like and don’t like with the media I enjoy. Many of the reasons behind the mentioned fan petitions I agree with. I wish GAME OF THRONES had done several things differently in its final season. I was very hopeful for the Raimi suit. I’m hesitant about Pattinson, (not because of TWILIGHT, other reasons). I’m glad Sonic will be getting a redesign. I just think the petition route is silly, sometimes harmful, and could inhibit or taint the creative process.